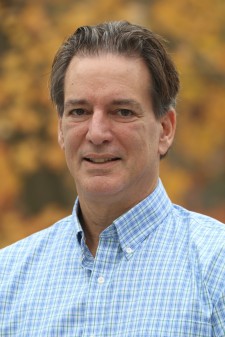 “I’m thrilled to be part of the Media team at Arvato Systems. I’ve been watching various MAM and PAM products for several years and am very impressed with the functionality of Arvato’s VPMS system. Any network, station group, production company, or post house installing a new end to end asset management system, and especially organizations with a suggested ‘only option’ forklift upgrade, should seriously consider VPMS from Arvato Systems, while continuing to edit on their familiar software platforms from Adobe, Avid, Apple, and Grass Valley,” commented Torelli.

“Joe brings a wealth of experience to my team both from the fast paced news and documentary production when he was covering global events at NBC News, and from the design and innovation side while at Avid, Quantel, and then Apple,” commented Rob Fox, Vice President, Media at Arvato Systems North America. “His familiarity with the broadcast industry, from senior executives to general assignment news photographers crashing stories to air, gives him a unique perspective that will help bring our solutions to the market."

Delivering innovative technology to the broadcast industry is nothing new for Torelli. Over a quarter of a century ago while still at NBC, Joe began planting the seeds at Avid that would become Avid NewsCutter®, and then in 1995 the Avid/Ikegami collaboration Editcam®, the world’s first tapeless television camera. Editcam recorded Avid media files onto a spinning hard drive, eliminating the real-time video transfer process, so dreaded in the early days of non-linear editing. This “tapeless” acquisition, editing, and delivery technology is now ubiquitous.

​Joe‘s experience in asset management came as a result of the first server based NLE news installations for Avid (Media Server) having helped design and implement MediaManager®. While at Apple, Torelli was part of the team working on the acquisition of Proximity, which developed into Final Cut Server®.

After authoring Final Cut Pro for News and Sports (Peachpit Press) in 2008, Torelli was honored with the Joseph A. Sprague Award by the National Press Photographers Association for “transforming the way television news is shot, edited, and delivered."

Torelli commented, “Having my peers validate my work and passion for the industry is the highest honor for me.”

Having relocated from New York to Minneapolis for Apple in 2009, Joe will continue using his base in the “middle” to easily travel to both coasts in this new position.

Joe will be among our team representing Arvato Systems at upcoming events including regional SMPTE meetings, HPA in Palm Springs, SVG IP Production Forum in Stamford, the Broadcast and Cable Technology Leadership Summit and of course NAB.