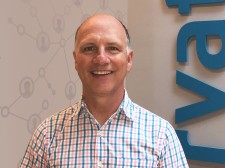 arvato Systems is a Gold Level sponsor of SVG's Sports Asset Management & Storage Forum to be held at the Westin, Times Square, New York on July 27. The event offers attendees expert knowledge and first-hand perspectives from major broadcasters, leagues, teams and vendors about the benefits and advantages of professional Media Asset Management (MAM) solutions in the sports world. One of those high-performance solutions is VPMS, arvato Systems' NAB 2015 Best-of-Show awarded MAM system.

New York, July 5, 2016 (Newswire.com) - ​arvato Systems is a Gold Level sponsor of this years’ SVG SAMS Forum which will be held July 27th at the Westin Times Square in New York. At this key industry event, broadcasters and sports organizations gather to learn about the latest technology innovations in the sports world.  arvato Systems will sponsor and exhibit with its VPMS Enterprise-class Media Asset Management solution.

arvato Systems will also showcase EditMate, its new product for craft editing collaboration and project management. EditMate works as a panel inside Adobe Premiere Pro CC and provides powerful functions for editors to use templates and presets, search the VPMS MAM system for material to import and use in the editing project, ingest from Premiere to the MAM, and even perform remote-based editing with proxy-streamed material from any location.

All event details are online available at the official SVG website.

About SVG
The Sports Video Group (SVG) was formed in 2006 to support the professional community that relies on video, audio, and broadband technologies to produce and distribute sports content. Leagues, owners, teams, players, broadcasters, webcasters, and consumer technology providers have joined the SVG to learn from each other, turn vision into reality, implement new innovations, while sharing experiences that will lead to advancements in the sports production/distribution process and the overall consumer sports experience.